A hi-tech multipurpose audio system is being installed on the track from Katra to Adhkuwari to facilitate the on-foot pilgrims who take the Tarakote Marg to the Shri Mata Vaishno Devi shrine. Additional Chief Executive Officer, Shri Mata Vaishno Devi Shrine Board, Anshul Garg said apart from the audio of the live ‘atka aarti’, performed in the morning and evening daily, the system shall play devotional music and spiritual songs specially composed under the guidance of Pt Shiv Kumar Sharma, santoor maestro and member of the shrine board. Garg said chants, ‘mantras’, ‘stotras’, ‘bhaints’ and devotional music will also be played in the Dogri language. The shrine board official said the audio system was being installed by the Bose Corporation India Private Limited at an estimated cost of Rs 4.66 crore, which includes the operational and maintenance cost for five years. 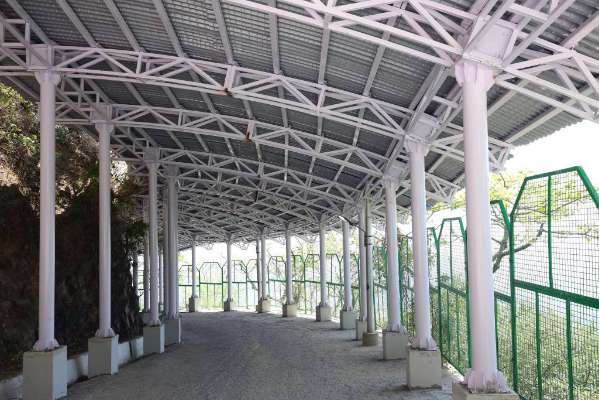 As many as 15 booths and 550 speakers are being installed along the new Tarakote Marg for facilitating the pilgrims and will be completed by December 2018. A similar multipurpose audio system is operational along the pilgrimage tracks from Darshani Deodi to Bhawan and Bharion since April 2016 and has been widely appreciated by the pilgrims. It has ensured reliable and real-time dissemination of advisories and announcements, besides enhancing the ambiance for pilgrims moving on the tracks through the playing of devotional music. Installed at a cost of Rs 10 crore, the state-of-the-art audio system also has the provision for linkage to various establishments (located along the track and in Katra) through CCTV, LAN, EPABX facilities and public announcements in the event of any emergency or disaster.

The audio system operational on 22 kilometers of the optical fiber cable backbone has been divided into five zones of Darshani Deodi, Adhkuwari, Sanjichhat, Bhairon and Bhawan.

All 46 air-conditioned booths en route are linked with two main control rooms at Darshani Deodi and Bhawan from where announcements along with the playing of spiritual music can be carried out in any one or all five sectors through the 1,428 BOSE speakers installed on the track. Moreover, the announcements for pilgrims can also be made from Adhkuwari, Sanjichhat, and Bhairon in the respective zones. This unique shrine board initiative has been widely appreciated by the pilgrims, especially the morning and evening live ‘atka aarti’ from Bhawan which is made available to the pilgrims through the audio system while they are moving on the tracks.

Further, the public address system has been effectively linked to the control rooms in such a way so that all-important public announcements, as well as instructions with regard to dealing with emergency situations, are heard simultaneously along the tracks.

550 speakers to be installed