The state of Jammu is home to one of the most visited shrines in India – the temple of Vaishno Devi. While a vast majority of tourists visit Jammu for Vaishno Devi yatra to attain blessings of the Divine Mother, little do they know that there are a few more shrines not too far, waiting for devotees to shower more blessings. So, where can these shrines be found? We have got all of them covered right here! Ahead, read about temples to visit near Vaishno Devi. 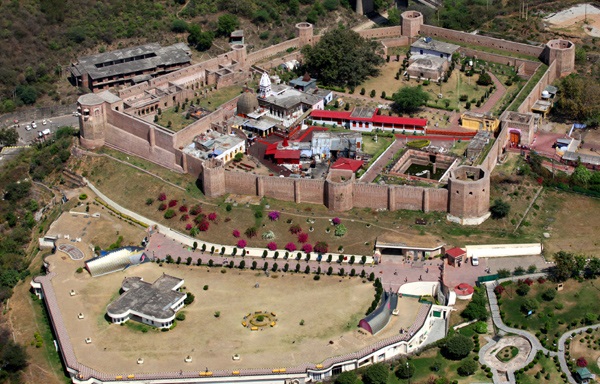 The Bahu Fort which was  demolished time and again, was eventually reconstructed by Maharaja Gulab Singh in the early 19th century after he had seen the Goddess Mahakali in his dream instructing him to build the temple immediately. Its renovation was then restarted during the reign of Maharaja Ranbir Singh son of Maharaja Gulab Singh who ruled the Jammu and Kashmir state between 1856 to 1885. Prior to constructing of the other buildings in the fortified area, the Chieftains  were determined to construct the temple of their Kuldevi (Jerath, 2006). Thus, on the upper strata of the Bahu Fort, we find a temple to their Kuldevi, Bhawani.

As a matter of fact, the idol or image of the deity was installed long ago but the temple housing the image was built up afterwards by Maharaja Gulab Singh, the first Dogra ruler of whole of the Jammu and Kashmir State.  Mahakali temple dates back to 3400 BC, and  is one of the oldest temples in India together with Mahamaya Temple in Bahu Rakh. 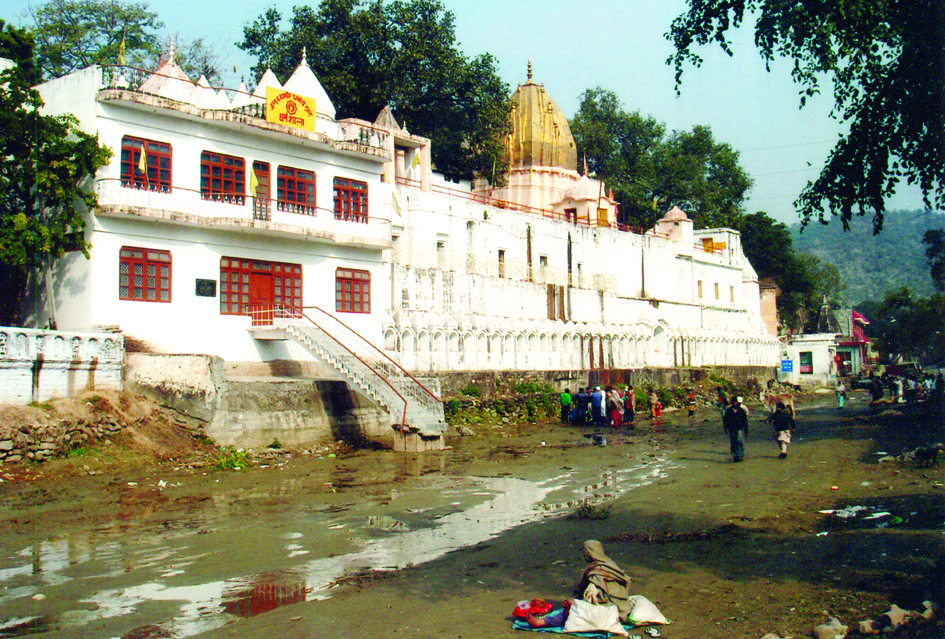 The temple of Purmandal lies on the banks of Devika River in Samba district of Jammu. Also known as Choti Kashi for its powers to absolve a human of its sins and grant liberation. This temple is dedicated to Goddess Parvati, the spouse of Lord Shiva. It is believed, long ago, at the request of Sage Kashyap, the goddess agreed to come down on earth as a river. However, the condition was that the sacred river would be visible to the naked eyes only in a few chosen places. At all those places, a temple of Lord Shiva has been built. The Devika River begins her journey from the 2,800-year-old Sudh Mahadev and then proceeds towards Chenani, Dhansal, Andeshwar, and Purmandal in that order. Next, it flows through Vijaypur and then goes underground again. 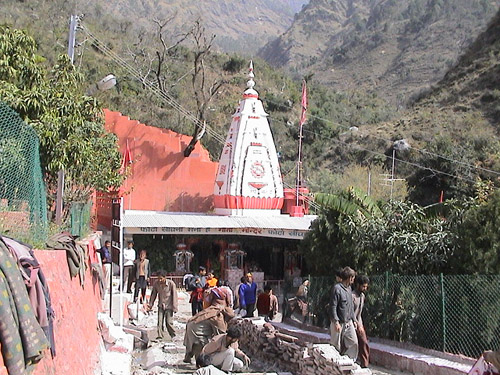 The Geeta temple is located near the town of Katra, in the Reasi district in Jammu. It comes mid-way en route Vaishno Devi temple. More specifically, it is located at the starting point of the Vaishno Devi trek route close to Ban Ganga. It is a beautiful temple and worth spending some time before proceeding for the trek.

This 100 plus year-old temple stands out for its grandeur, a huge entrance gate, and lovely marble architecture. Made in honour of Lord Vishnu and his divine spouse Lakshmi Devi, the temple was built by Wazir Sobha Ram, the Prime Minister of King Hari Singh. Lakhs of money went into the making of this temple which was a big amount 100 years back. A spacious inn inside the temple was also made for providing accommodation to pilgrims, and it is available even today.

The Lakshmi Narayan temple is one of the famous temples of Bhadarwah. This temple was built by a resident of Sarolbagh and Prime Minister of Maharaja Hari Singh Wazir Sobha Ram. This temple was built about a century back. There is a big inn by the side of this splendid temple. It was built for the travellers. In this temple, very beautiful statues of Lord Vishnu & Goddess Laxmi made of white marble were installed. There are many statues of different gods and goddess kept in small almirahs on the outer walls of the temple and a small path around the temple for the devotees who come to pay obeisance to Lord Vishnu & Goddess Laxmi. This all adds the beauty of the temple. There is a big entrance gate, which is very high & wide. This grand gate also adds the beauty of the temple.

It is said that about one lac rupees were spent in the construction of this complex in those days when the wage of a labourer was about some paisa. It is not out of place to mention here that the currency in those days was in silver coins.


Error: API requests are being delayed for this account. New posts will not be retrieved.